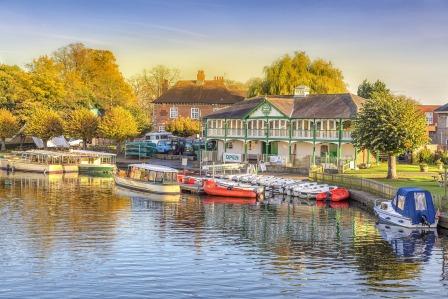 It was Canada’s 150th birthday.  Instead of the usual big town activities, we decided to visit a unique small town called Stratford to spend the long weekend.  The experience was definitely different than a regular cookie cutter vacation with many special memories to take home with.

We took a train into the little town, and the servers were giving out complimentary chocolate as a celebration of the 150th birthday.   It was a start to an experience where all were doing something to contribute to the celebration.

Rain did scatter a bit of the market celebration on July 1st, but the atmosphere was still great.  Many retail stores in the small town contributed to the market festivities.  We checked into a unique historic lodge right by the market square.  There weren’t many rooms like a big hotel but inside the room, it was gorgeous and vintage.  Everything you expect in a hotel room has been supplied, with a fresh red rose lying on one of the pillows.  It turns out; we got a new rose each day we stay.  What a warming surprise!

In the evening, the local parade with various art groups, schools, and other organizations joined into the festivities.  The downtown of this town consists of only 4 or 5 streets.  The Canada Day Parade in Stratford is smaller than a big city, like Toronto Pride Parade.  The kids were sitting on the sidewalk watching with no barriers and the audience could be very close to the parade itself.  One could also see the familiarity between people as one would expect in a small town.

After dinner, we went to the fireworks location where they held a small celebration concert about 2 km away from downtown.  The fireworks were rawer than the ones you would see in a big city, with less coordination and variety.  This was compensated by the sheer amount of fireworks and the atmosphere of the crowd as they were awed by the annual celebration event.

As it was a long weekend, we were able to spend 3 days in the town.  Almost all the stores and restaurants opened at least one day of the long weekend.  The ones that closed for the entire weekend still made an effort to make a showing in the Sunday’s market event.  We bought a delicious soup that was frozen to take home.

There were many local attractions that were unique to the town.  We found a number of chocolate stores, and we noticed that Mustang was a popular vehicle in this town.  It also has the beautiful lake with the garden all around where you could rent canoes and kayaks.  We had a race with one of many beautiful swans on our rented paddleboat.   The locals were very friendly; for example, one local even allowed a swan bite him to show us that it was harmless.

We also went to watch a play because theatres are what Stratford is most famous for – that’s why it’s named after the home of Shakespeare.  The Tom Patterson Theatre is smaller than many other theatres.  Therefore, the audience can be very close to the stage.  Some of the casts actually would sit in prearranged seats in the audience as well.

Except for the moment we arrived, the weather has been beautiful.  We felt so blessed that we got to taste various foods from the local restaurants in the nice weather, ranging from waffles to bar foods to bone-in rib chop steak.

Leaving by train again around the 9 pm sunset, it felt like we absorbed a lot of the energy that came out of the little town full of its own culture and art, even though it was just a half-hour drive away from one of the University cities.  What a rejuvenating experience!  Thanks to the unique beauty of small towns and the friendliness of the residents that radiating love and warmth to big town people like us.

Life is too short, too fragile? Create Sweeteners to dilute it

Life is too short, too fragile? Create Sweeteners to dilute it